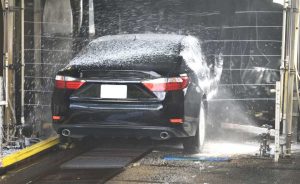 How often should you wax your car is a critical question. Because everybody has a different level of usage in their car. If you’re irregular to use your car and leave it inside the garage then there’s a difference from when you drive regularly. So actually, cases differ.

Waxing your car might not sound important at first when it’s new. But after a while, you will soon be aware of the fact that it is losing the glow. And that’s one good indicator that you should consider waxing your car. Keep on Reading, we’ll talk more about it.

How Often to Wax Car?

People avoid learning how to wax a car since they don’t really pay attention to the fact their vehicle is exposed to many elements. Even if you have it parked inside your garage without doing anything, there’s a need for maintenance.

And if the car is completely exposed to elements such as road salt, snow, and other outdoor particles, you might not know and it’ll start to fall apart gradually.

So it’s better to have some mechanical tool box or gears at home and do it yourself. However, some people don’t own particular gears such as a hook and pick set or double flare tool. If that’s the case, there are many helping hands who can do this job of maintenance for your car and waxing is included.

How Often Should You Go for Car Waxing? 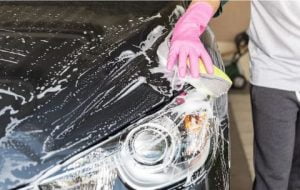 There could be two types of situation with you. There are many folks who use cars or vehicles very less frequently. Or maybe you have two cars with one just merely parked inside the garage waiting for a big family trip to be included.

These are usually good with no extreme pressure or frequent usability. And so, they hardly lose any important mechanism nor do these break out easily. But then again, maintaining machinery that is stored for long time also important. Since these may simply stop working after a period. So, make sure you do necessary maintenance including waxing.

For such car criteria, experts recommend waxing every once in two years. This should do the job of an irregularly used car or vehicle.

However, if you own a car that has to deal with a lot of usages, then the scene is probably quite different. In such case you can expect your car to fade away quite early than the one mentioned parked in garage. It actually also depends on the pressure you are putting on.

So, if the car has to tackle a lot of heavy and frequent riding, I’ll say to take it for maintenance very often. In general, you should think about waxing such a car once every three months.

This is a maximum number for such heavy-duty vehicles and so, don’t try to extend it. Otherwise, get ready to expect worn out paint and irritants that form bigger with passing time.

It can affect the overall resell value of your car by gradually damaging it. Also, if you don’t wax the car frequently, washing it will be a huge pain. So, for the least average, wax it every three months.

If You Live in a Critical Environment.

But then again, some of us will not really care about the looks but keeping car in good condition. Especially those who reside in a tough environment. Because there are elements such as cold temperature, smog, salt and tree sap exposing that can decrease the exterior of your car.

So, you will have to wash and wax more on such criteria. Maintaining a consistent waxing practice will surely keep the car finish pretty solid for years. It’s important to include in your regular habit for the very exact reason.

If you live somewhere in a snow belt or ocean areas, then salt damage will surely take place. And so, you need to weekly wash it and wax it. Even when there’s no snowing, chances of winded salt residue over your car is pretty high. So, doing such maintenance frequently is a priority thing for a car owner living in such areas.

Do Your Car Needs Waxing Right Now? – The Bead Test.

How do you figure out if your car needs instant waxing? Well, I have a very simple test for you to find out. It’s called the bead test. Literally anyone can try it and needs very few times. You are going to use some water and that’s it.

Simply throw the water over your car. Can you see water beads forming up? If the answer is yes, then your saved…. For now. However, if it does not form beads, you should start hurrying for a waxing appointment.

Why Is It Important to Wax Periodically?

The first reason has to be shine preserving. Let’s face it, nobody loves to get into a boring and dull-looking car. And to store back that previous new-like glam shine, people tend to wax frequently.

Now, apart from the shine factors, there are also protection needs. Well, this extra layer is surely going to enhance the performance. And also, it’s going to keep the car exterior going well against any other harmful external elements.

Such as bird droppings and ultraviolet rays. Also, there are other harmful elements such as industrial pollutants. Waxing will give your car a superpower of resisting all of these.

Another thing that encourages waxing is the fact that your car becomes hard to clean lacking it. To make things even worse, your car becomes prone to catching ugly spots and scratches without proper waxing. When you tend to rub for cleaning your car, it could miserably leave a disappointing mark or scratch over it. Waxing can prevent that from happening.

Using the right approach with good judgment and time interval management is key for creating habit of proper waxing. Hopefully, you have got a clear conception of how often should you wax your car.

This habit will surely benefit you in the long term. Durable car ownership for many more years to go is what you’re signing up for using regular waxing rituals. And perhaps with the saved money from this good practice, you’ll be able to go for a repainting session for your car next year.

Hello! My name is Jeremy Bloomberg. I have been passionate about carpentry and DIY. Over the years, my passion slowly turned into expertise and wider knowledge about electronics. I’ve been involved in numerous projects, both professional and personal. I want to share all I have learned with you. Welcome!

RoyalMechanic is an Amazon Associate, I may earn from Qualifying Purchases 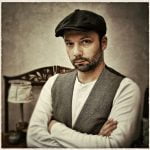 Hello! My name is Jeremy, the main author and owner of this blog. Here, we will review & guide you through all mechanical products to help you make the right decision for your needs. Thank you for visiting us.